Krung Rattanakosin or Krung Thep Mahanakhon, the capital of Thailand, called Bangkok by foreigners, was founded in 1767. The name of art style created from 1767 to the present day was named after the capital. A significant change in the art style occurred during the reign of King Nang Klao (Rama III, 1824 – 1851) when Royal Preference Arts combined traditional Thai art style with Chinese art. In the reign of King Mongkut (Rama IV, 1851 – 1868), Thai artists absorbed Western and modern techniques. The new artistic creation that combined Thai and Western influence, styles and materials, has increased continuously.

New royal buildings and temples were built as re-creations of the glorious Ayutthaya style, including the Grand Palace and the Wang Na Palace, home of the National Museum Bangkok. Artists created ornate thrones for the old Buddha images, ritually linking the past to the emerging kingdom, and images representing classical Siamese traditions were copied. New statues created during this period often incorporated a mixture of past traditions resulting in an eclectic style and Western elements were introduced during the reign of King Rama IV. In 1939 Siam became Thailand and the foundation developed by the Chakri kings continues today through the reign of King Rama X. Thai artists have embraced the modern art or contemporary art since then. 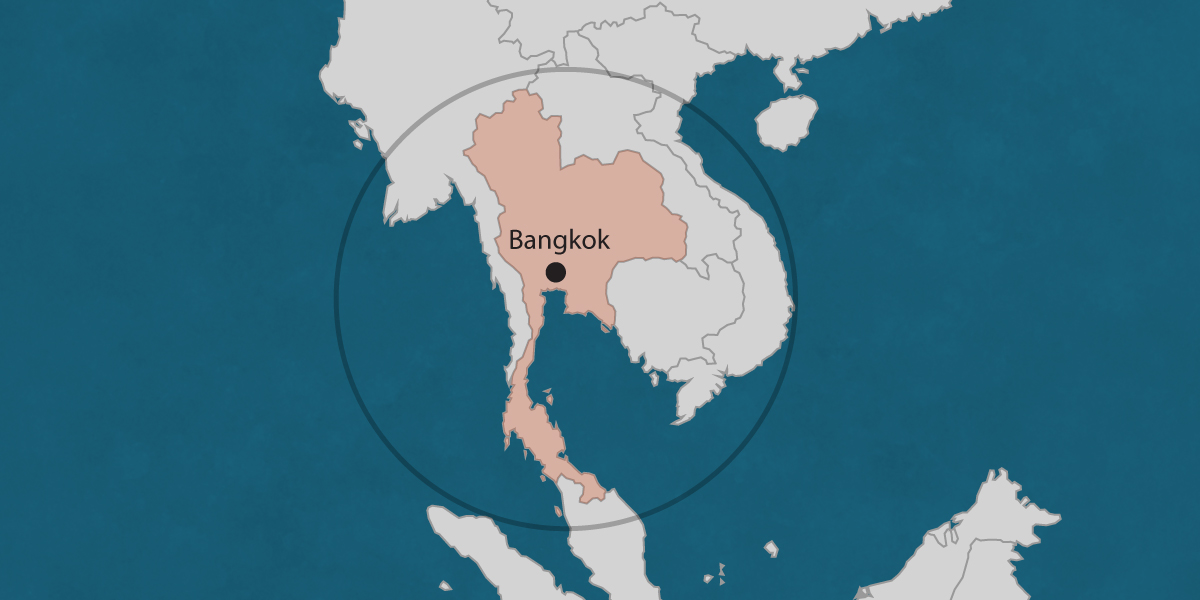 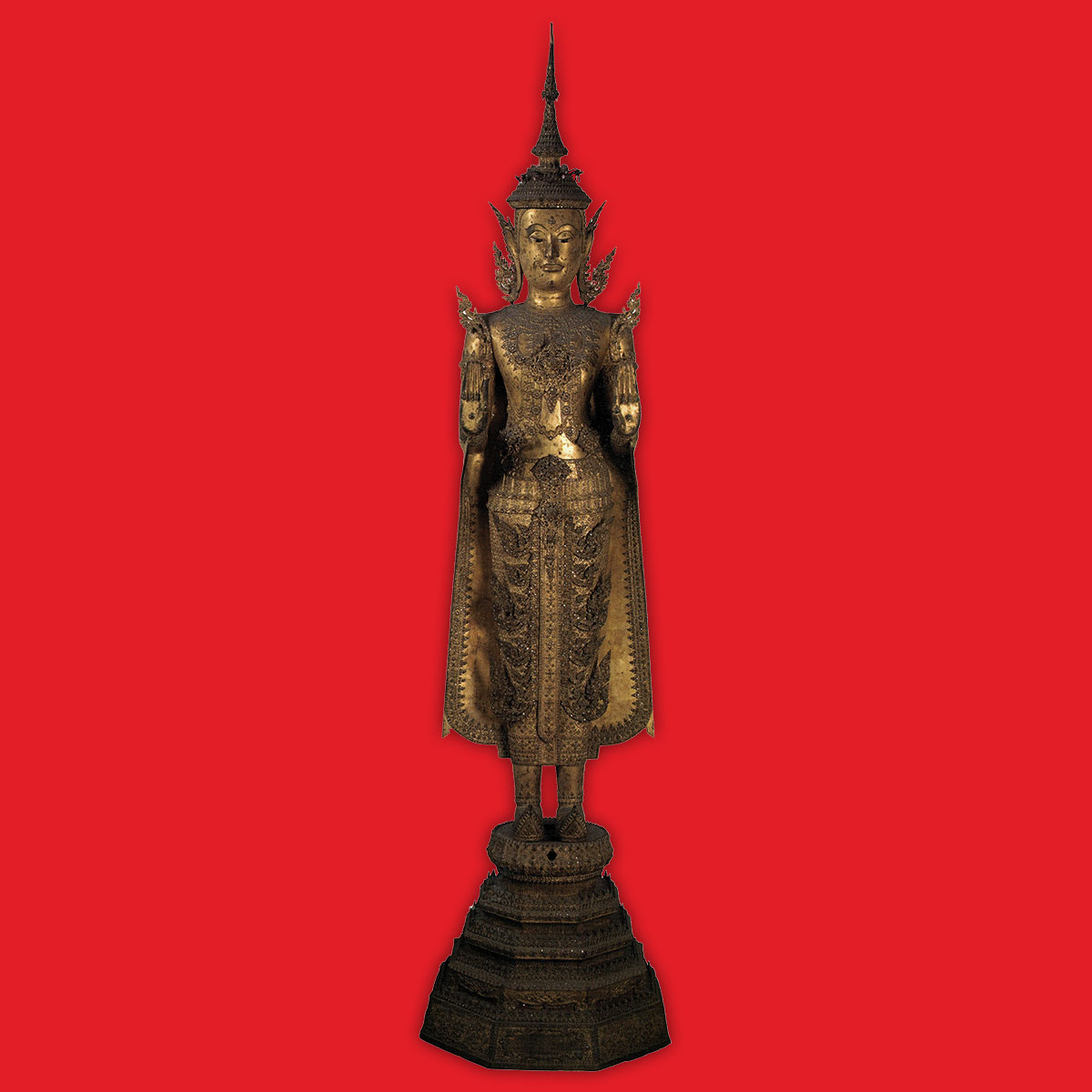 Elaborately dressed in full royal regalia, this Buddha image features a spire-like crown and royal upturned slippers. Richly worked in relief, the pattern on the monastic robe lends it an embroidered quality. The image is adorned with kanchiak ornamental pendants extending below the ears, decorative bands crossing the chest, and rings on the hands that form the abhaya mudra. Engraved on the five-tiered lotus pedestal, is the Thai date equivalent to 1884, placing the creation of this statue in the reign of King Rama V. The Chakri kings revived art of the Ayutthaya tradition and recaptured the grandeur of that golden era, by favoring decoration over spiritual facial expression. While the image resembles buddhas dedicated to royal ancestors by Thai kings at Wat Phra Kaew, this image probably represents the Buddha from a popular Southeast Asian tale:told by the monk Phra Malai: Jambupati was an arrogant king who did not believe the Buddha’s teachings; so the Buddha transformed himself into a mightier king to overawe him. Witnessing this, Jambupati accepted the dharma teachings and became a Buddhist monk. This splendidly attired image celebrates the rejuvenation of the devaraja ideal and the wealth, power, and prestige of bygone glories. 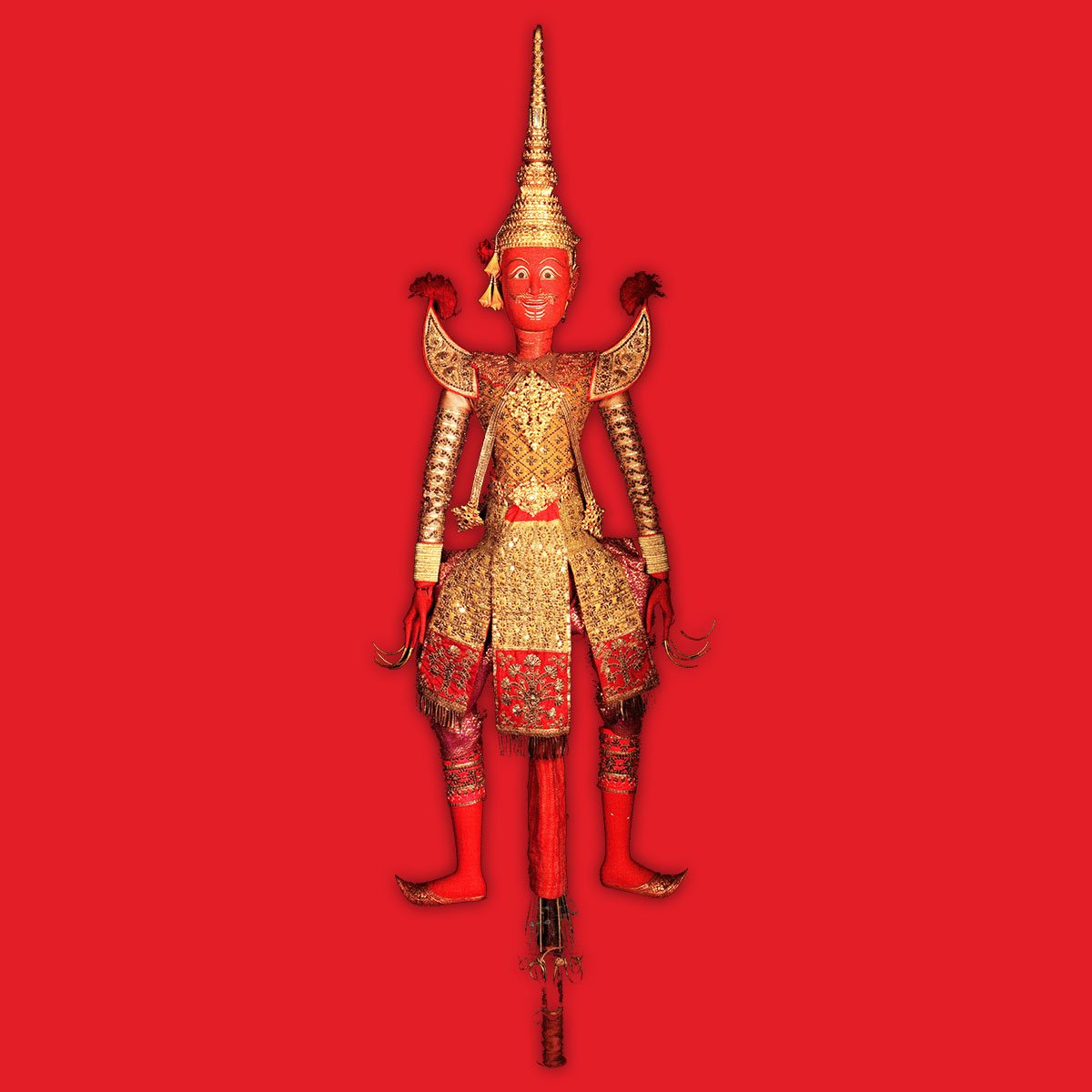 Large hunluang royal puppets, performed the epic Ramakien story and Thai folktales accompanied by music and narration. Primarily entertainment for the royal court or during religious ceremonies, the art dates from the 14th C. Revived by King Rama l in the early 1800s and gaining popularity again during the reign of King Rama V, the marionettes were used to entertain foreign dignitaries and also used for elaborate funerals of royalty and nobility to make merit for the deceased. A central rod and complex set of strings attached to rings below allow the puppeteers to control the four moveable arm sections and the two legs, while moving the head from side to side, using slow, precise, stylized movements. Thirty strings control Phra Prot, the red-faced leading male character with long fingers. The base of the puppet’s head is made of hollowed wood, covered with sa mulberry paper and facial details are painted in gold; the minor characters and animals are made of papiermaché, similar to khon masks. The costume is elaborately embroidered and bejeweled. Because these puppets are so cumbersome and complex, performers do not operate them, and, so, working the puppets is now a lost art.