Lanna was an ancient Thai state located in the upper northern region of Thailand. Lanna literally means the land with a million paddy fields. The artworks of Lanna are mainly associated with Theravada Buddhism and flourished in the fourteenth to nineteenth century CE (200-700 years ago). The Lanna artistic culture absorbed numerous influences and ancient local traditions. The early Lanna style was influenced by traditional Mon’s Theravada Buddhism, which bears the style of the late Haribhunjaya culture (in the present-day Lamphun Province). Later, the influence from the Pala style of Indian art passed through Bagan, present-day Myanmar, and that from the Singhalese style of Lankan art passed through Sukhothai greatly modified the aesthetic design of Lanna. The religious works of art that were found in the states of Lanna, Sukhothai, and Ayutthaya reflect the socio-political relation and cultural interaction between three Thai states and the development of Thai art.

Over the year the Khmer, Sukhothai and Burmese all left their artistic mark on sculpture and temple architecture. Of all the cultural influences, however, none was more influential than the Dvaravati kingdom of Haripunchai. These devout Buddhists attracted famous teachers from Sri Lanka and India known for their innovative designs. Lanna images include Early Chiang Saen “Lion-Lord” style Buddhas, reminiscent of 10th C “Lion of the Sakyas” images in Bodh Gaya, India. Predominantly bronze and seated in full lotus position in the bhumisparsa mudra on a lotus petal base, the Buddha images feature a well-developed chest, a conical ushnisha topped by a knob-like lotus finial, thick fat curls, rounded face with straight nose and prominent chin. Late Chiang Saen style shows evidence of Sukhothai influence in the longer fishtail robe flap and images seated in half-lotus position, while other ornate Lanna pieces include crowned Buddha images and objects for ceremonial use. 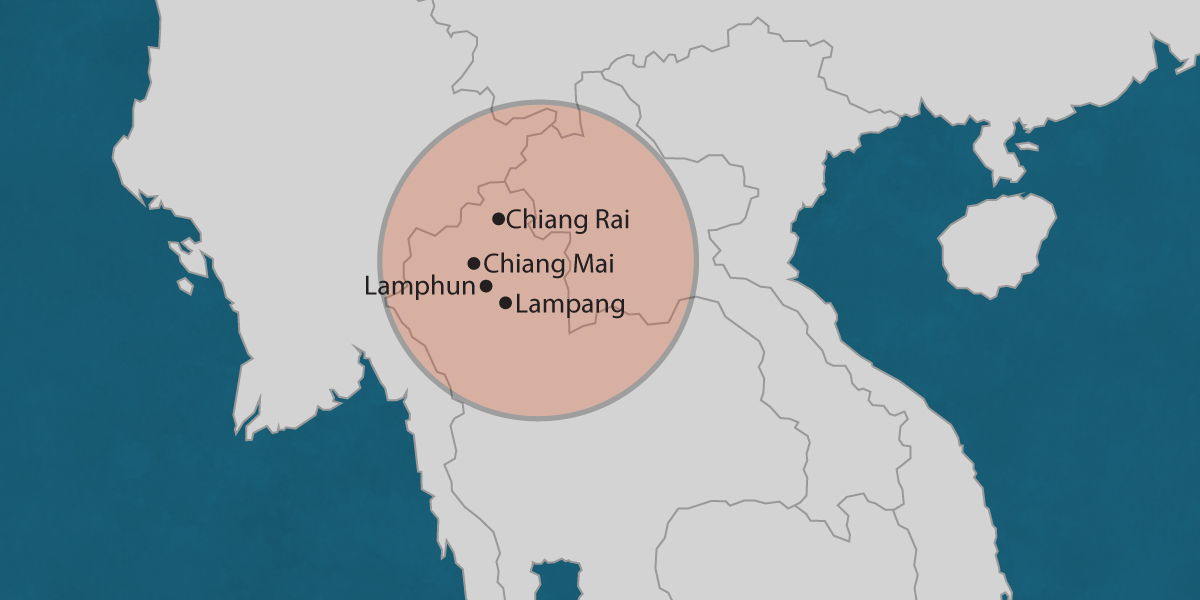 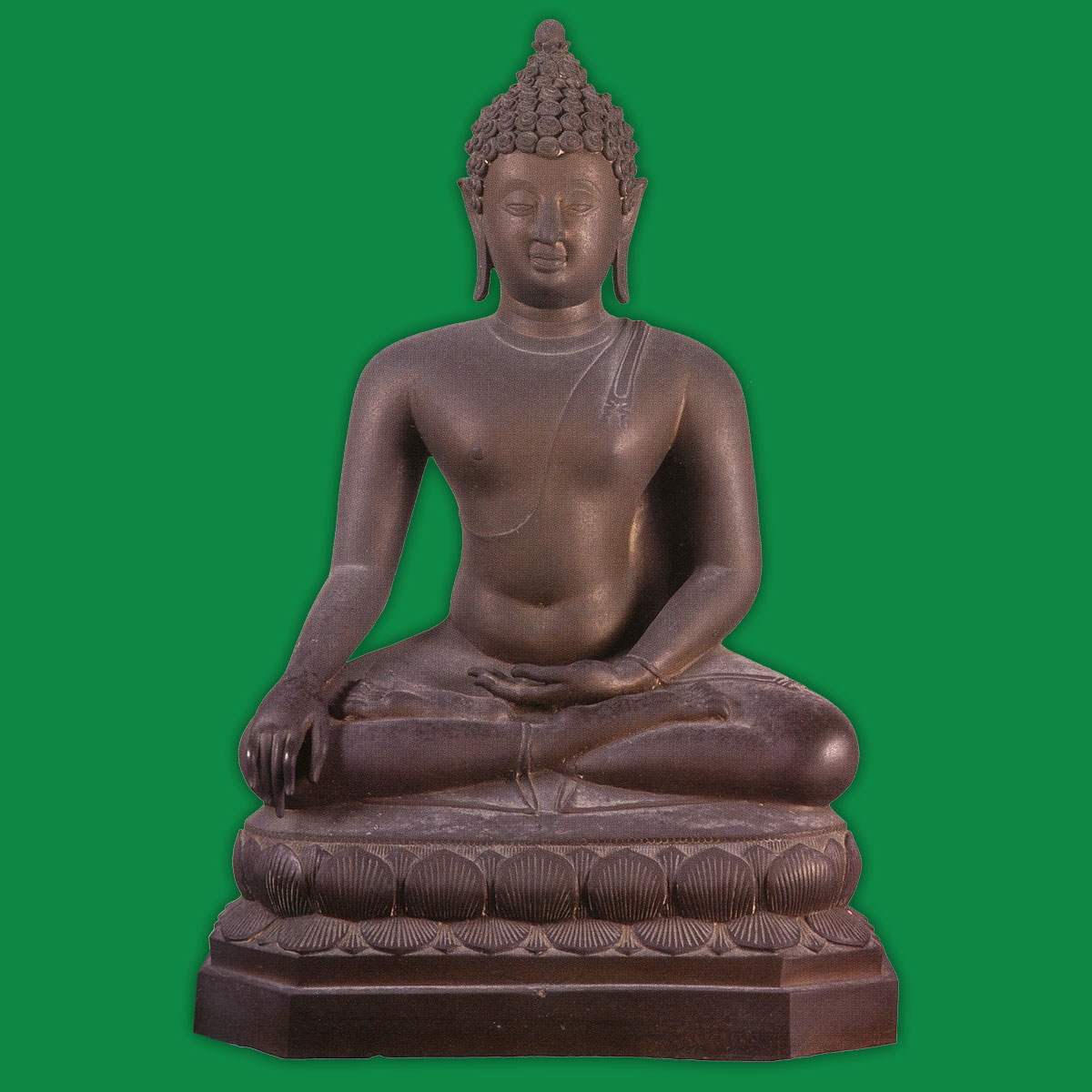 Seated in full lotus position, the soles of the feet upturned, this beautiful meditating Buddha, on the verge of enlightenment, takes a deep yogic breath, thrusts his shoulders back and reaches down with the fingers of his right hand to ask the Earth goddess to bear witness for all the merit he has accumulated in his present and former lives. As the elegant fingers touch the earth, energy flows through and cascades to the earth. An expanding chest over a slender and soft waist characterizes the Lion-Lord style of the Lanna period. Heavy curls and an ushnisha surmounted by a knob finial, frame the plump, ovalshaped face with downcast eyes, pronounced nose and small mouth. Over the left shoulder, a narrow folded shawl with a forked end stops above the expanded chest. The sculptor has wonderfully captured the tension, the spiritual fire and the serenity of the Buddha-to-be in his final trial before attaining enlightenment.

Most images from Lanna portray a seated Buddha reaching to the earth, but this unique piece shows a standing Buddha, long arms held rigidly to the sides of the body imprinting his own footprint inside those of the previous three Buddhas. According to tradition, the first Buddha was colossal with each successive Buddha progressively smaller. The swirling imprints of three sets of five toes can be seen, each set smaller than the previous. Characteristically Lanna, the chest is well developed; the ushnisha is high, slender and crowned by a knob-like finial; and the gaze is lowered. Crescent-shaped indentations, also seen in some Lanna images, depict the knees. However, the hair curls are small and the hairline is simple, unlike the fat curls and dipping hairline usually seen in this period. Overall the figure is a blend of styles: the beautiful robe’s hem curls into a hook shape suggesting the flowing Sukhothai style, while the shawl hangs to the waist, a feature usually seen in Late Chiang Saen. An inscription on the rectangular base was translated by scholars and reads “Year of Tiger, ninth year of decade 843”, dating it to 1482 CE, another unusual detail of this extraordinary piece.